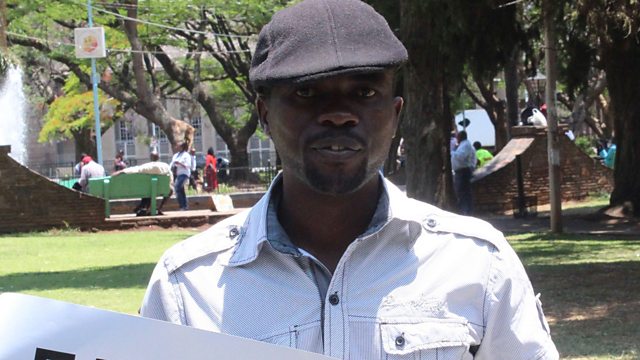 What happened to Itai Dzamara and can the government of Zimbabwe ever be trusted?

On 9 March 2015, one of Zimbabwe's most prominent critics of the Mugabe government, Itai Dzamara, was abducted from a barber shop in broad daylight. He hasn't been seen since - and his body hasn’t been discovered. Adding to the mystery is a series of text messages sent to Itai's brother claiming Itai was taken to various locations, then killed, then buried and then exhumed before being dumped in a dam.

For Assignment, Kim Chakanetsa chronicles his forced disappearance and asks the new government how the people of Zimbabwe can ever trust that the days of disappearances are over unless this high-profile case is resolved.

Itai Dzamara came to the attention of the authorities in 2014 when he started a protest in Harare's Africa Unity Square and delivered in person a petition to the president's office. His demand was simple but blunt: go now Mugabe.

We retrace what happened; we find out more about Itai the man from his friends; we explore the impact of his disappearance on his wife and children; we hear from lawyers how the initial police investigation took them on a wild goose chase.

Shades of Jewish in Israel