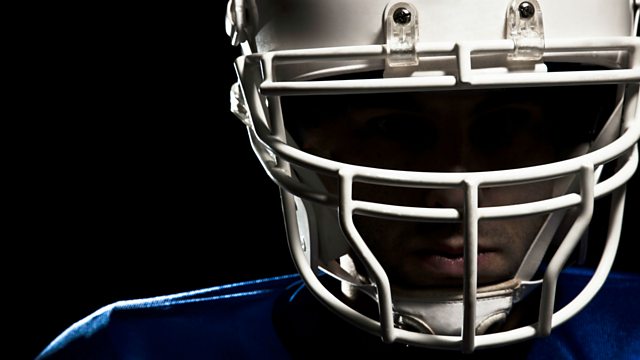 Fears of brain damage is leading to Americans stopping playing football. Is it the end of the national sport?

Casey Cochran knew that the next brain rattling hit to his head would be his last. Within a couple of days, he announced to a shocked media, that his star college Football career was over. In the couple of years since, Casey has dealt with depression, suicidal thoughts and the knowledge that he almost certainly has long term brain damage.

Concussion is taking much of the sheen off America’s behemoth national sport and leading to many parents forbidding their children from taking it up.

Bill Littlefield asks whether this multi-billion dollar business can survive if so many players turn their backs on the sport. Where will the next generation of players needed come from?

Bill attends practice for the Millis Mohawks High School in Massachusetts. They are down to their bare bones of players and concede that they will be forced to join with neighboring schools to get a football team together.

The Mohawks won the Massachusetts state title this season, but the state has seen a 10% drop off of players, not an uncommon figure, and it’s this trend which has led many people to question the long term future of the game.

The NFL is bullish about the games health, but it’s the health of many of its former players which is the concern, as well as the health of young players who every week put on their helmets on school playing fields to play a sport which experts say is just too dangerous for them.