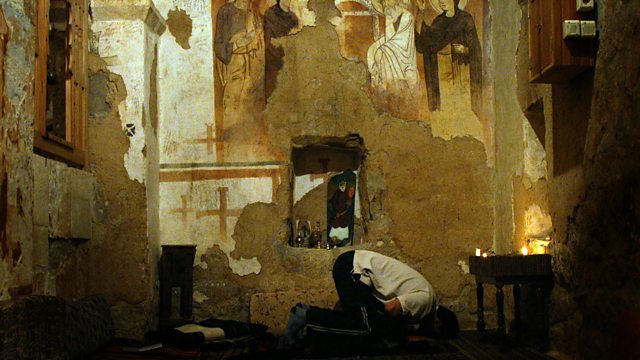 Heart and Soul The Right Thing
Episode 3 of 3

The Christian nun who decided to devote her life to helping Muslim brothers and sisters.

Carol Cooke Eid grew up a Christian in Lebanon. As a young woman, she felt uneasy about Islam and wanted as little as possible to do with Muslims. Yet when she began to follow a religious path and later became a nun, she found herself making an extraordinary vow: to dedicate her life to her Muslim brothers and sisters. The pledge soon turned into a deeply held love of Islam – but it turned out to be costly; Carol joined Mar Musa, a desert monastery near Damascus within striking distance of Islamic State militants. A monastery which exists to help Christians and Muslims in Syria live together peacefully, almost to the point of breaking traditional faith boundaries.

Mike Wooldridge meets Sister Carol and some of her fellow nuns and monks, currently in exile in Italy. He hears how the monastery’s founder, Fr Paolo dall’Oglio, was abducted in 2013 and still remains unaccounted for; how another priest survived over three months of Islamic State militants captivity; and how the remaining monks and nuns are determined to continue their work, despite the dangers they face.

(Photo: A Muslim man performs his prayers inside the church in the Monastery of St. Moses the Abyssinian, east of Nebek, Syria. Credit: Ghaith Abdul-Ahad/Getty Images)