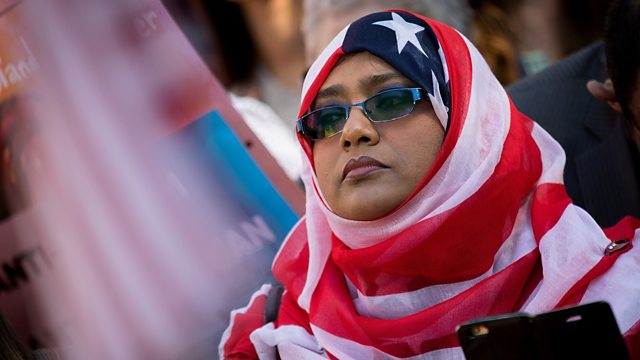 A year after Donald Trump was sworn in as President of America, Tharik Hussain revisits some of the Muslim communities in the US he last encountered just before the American election. Then, Tharik was exploring the country's forgotten Muslim past against the backdrop of one of the most anti-Muslim Presidential races in history.

Many Muslims he met then assured him their ‘nightmare scenario’ of a Trump Presidency, simply wouldn’t happen. He returns to find out how those very people are faring now, and travels this time to West Virginia to meet Muslims living in the most pro-Trump state of all.

He also goes in search of the Muslims who didn't fear a Trump Presidency, including Muslim Republicans who actively campaigned for him. Tharik sets out to ask them ‘Why?’, and if they still feel the same, one year on.

As Trump continues to offend many Muslims – and not just Muslims - in America and around the world - Tharik asks the communities on the front line of some of Trump’s most threatening ambitions how they are coping and what their hopes and fears are for the future, and gets some unexpected answers.