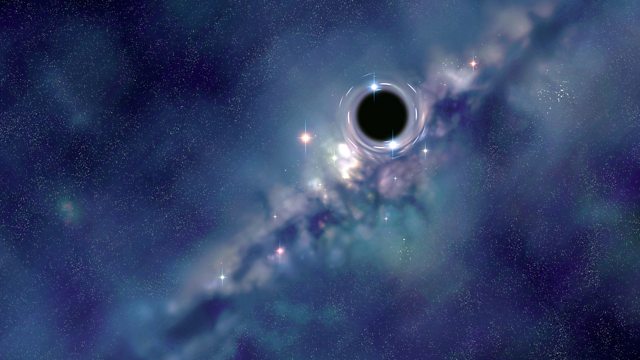 What would happen if you fell into a black hole?

What would happen if you fell into a black hole? And are sonic weapons effective? Drs Rutherford & Fry investigate

Two deadly cases today sent in by listeners to curiouscases@bbc.co.uk

The Dark Star
"What's inside a black hole and could we fly a spaceship inside?" asks Jorge Luis Alvarez from Mexico City.

Astrophysicist Sheila Rowan explains how we know invisible black holes actually exist. Plus cosmologist Andrew Pontzen is on hand to help cook one up.

But which of our intrepid doctors will volunteer to fly into the heart of a black hole?

Kate Bush’s Sonic Weapon
"It started while listening to the excellent Experiment IV by Kate Bush. The premise of the song is of a band who secretly work for the military to create a 'sound that could kill someone'. Is it scientifically possible to do this?" asks Paul Goodfield.

Plus the team investigates the Curious Case of the Embassy in Cuba – could a sonic weapon really be responsible for the wide-ranging symptoms reported by American diplomats in Havana?

You can send your scientific mysteries for the team to investigate to: curiouscases@bbc.co.uk

Picture: A computer-generated image of a rich star field with a Black Hole in front of it which distorts starlight into a brilliant ring around itself, Credit: BBC

What will happen when the Earth’s poles swap?—The Curious Cases of Rutherford and Fry