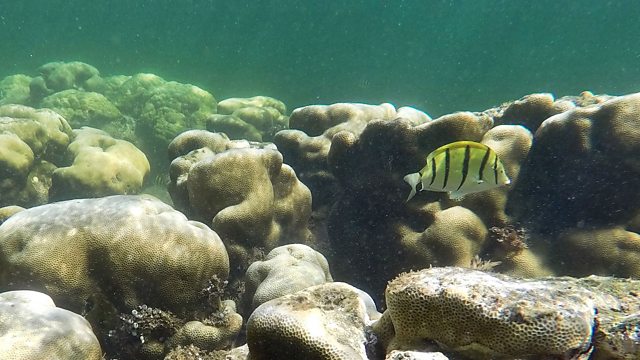 The Compass Ocean Stories
Episode 2 of 4

Deep sea exploration of the Indian Ocean and the people finding enterprising ways to make a living from the sea.

2/4 Only now is deep sea exploration beginning in remote parts of the Indian Ocean to reveal what lies on the ocean floor, what treasures can be found that could be used for scientific and technological development. Underwater mining for minerals is being carried out by several nations and there’s a huge rush around the ocean rim to promote what’s called the Blue Economy, profiting from the ocean and its riches.

We travel around the Indian Ocean from South Africa to Mauritius and North West Australia via the Indonesian island on the edge of the Indian and Pacific oceans to meet people who are developing enterprising ways of profiting from the ocean, whilst being careful not to further damage the fragile Eco systems that have been depleted over decades through over-fishing and climate change.

A fascinating underwater commentary is provided by oceanographer, Jon Copley from Southampton University, explaining the geology and currents that link the shores of the Indian Ocean.

Photo: Coral reef in the Indian Ocean, off the coast of Kenya Credit: Tony Karumba//AFP/Getty Images