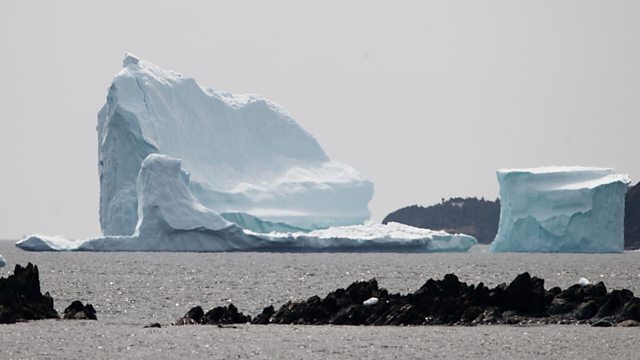 The Compass Ocean Stories
Episode 1 of 4

1/4 In this first episode we cross the ocean from the Grand Banks to the tip of South Africa via Reykjavik in Iceland meeting those involved in fishing and working along the shores of the Atlantic.

Beneath the waves, oceanographer Jon Copley from Southampton University provides a fascinating underwater commentary, demonstrating how currents and ocean ridges link the lives on every shore of the Atlantic.

The Atlantic Ocean covers more than 100 million square kilometres, stretching from southern Africa to Iceland and from the Americas to Europe. Named after the Greek God Atlantikos and for the area of water near to the Atlas Mountains, it has shaped human history and culture in more ways than any other ocean as a trade route, a slave passage and as a vital source of food.

For centuries it has been a source of wealth and prosperity for those who voyaged across it in search of food, from the Basque sailors who ventured to North America in search of cod and whale meat, to the Vikings who traversed it long before European explorers began exploring and exploiting its peoples and riches.

It was fish that enabled this early travel and it is fish that has continued to sustain populations around the Atlantic ever since, from Newfoundland to Iceland and onward to West Africa. This first episode of our new series exploring the great oceans of the world looks at the communities eking a living from its waters - their culture, their livelihoods and the challenges they face.

See all clips from Ocean Stories: The Atlantic (2)