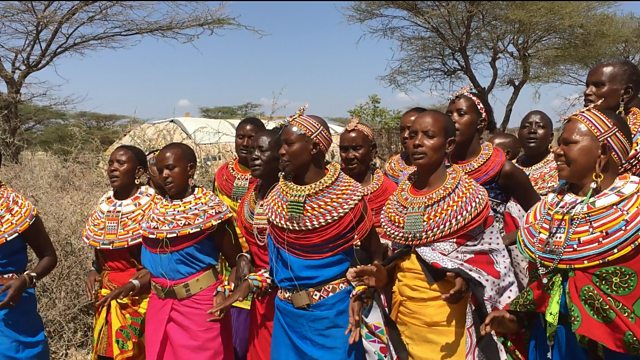 Behind Closed Doors: Solutions to Domestic Abuse in Kenya

The Documentary Behind Closed Doors
Episode 1 of 3

Unity is a village without men set up by Samburu women in response to domestic abuse.

Unity is a village without men set up by Samburu women in response to domestic abuse. Claire Bolderson reports from three different countries: Peru, Indonesia and Kenya. The issue that unites them all is domestic violence. It is not that the problem is unique to these countries - the World Health Organisation estimates that one third of women worldwide suffer physical or sexual violence by a partner - but in each of the three countries, we hear about different and often inspiring solutions aimed at combatting it.

The series starts in northern Kenya where some Samburu women in a village called Unity have adopted a rather radical response to the abuse they have suffered – they set up a village without men.