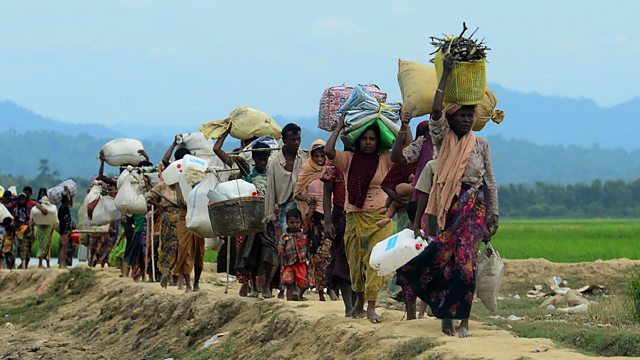 The Roots of the Rohingya Crisis

The complex history behind the world's fastest growing refugee crisis.

In 2017, hundreds of thousands of Rohingya Muslims left their homes in Myanmar fleeing government persecution, in what the UN has called the world's fastest growing refugee crisis. Lucy Burns speaks to Rohingya historian and politician U Kyaw Min to explore the roots of the crisis - and a change in the Burmese citizenship laws in 1982 which left the Rohingyas essentially stateless.

(Photo: Rohingya refugees walk near the no man's land area between Bangladesh and Myanmar in the Palongkhali area next to Ukhia on October 19, 2017. Credit: Munir Uz Zaman/AFP/Getty Images)