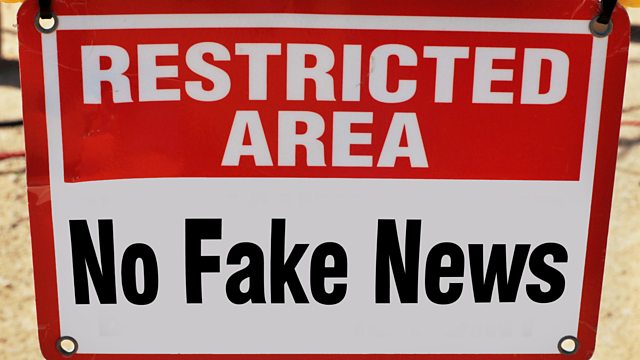 In the week that President Trump announced his “fake news” awards, we ask deeper questions about the world of online misinformation.

President Donald Trump recently handed out his “fake news” awards - they went to mainstream organisations who messed up and pundits whose predictions were off, with a special prize for people reporting on very real investigations into the president’s ties to Russia.
It’s all a distraction, but has the term “fake news” outlived its usefulness?
In this week’s BBC Trending we find out what can be done about social media misinformation - and what impact it has around the world.
Mike Wendling is joined by a panel of experts from Buzzfeed, the Poynter Institute, and First Draft News - people who’ve been studying the phenomenon of viral falsehoods since well before most journalists and politicians were obsessed by it.

Why Conspiracy Theories Take Off Online