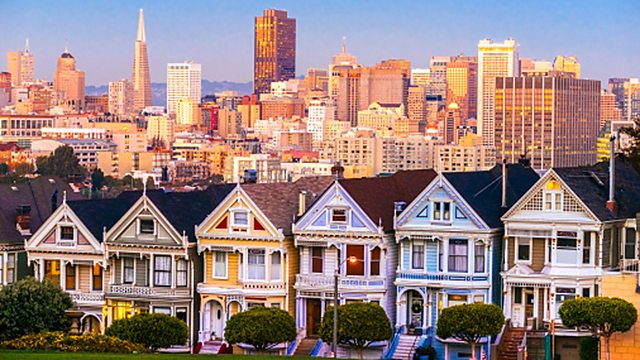 On Tour in San Francisco

The Arts Hour on Tour is in San Francisco to find out how the technology pioneered in the city is creating new forms of culture.

The Arts Hour on Tour is in San Francisco to find out how the technology pioneered in the city is creating new forms of culture.
Nikki Bedi is joined on stage at the Gray Area Theater by Douglas Eck from Google Artificial Intelligence, who is finding out whether machines can make music, Eugene Chung the founder of virtual reality film company Penrose Studios and National Public Radio’s tech correspondent Aarti Shahani, who reports on the hottest developments in the tech world.

With live music from Blues pioneer Fantastic Negrito, electronic duo Reed & Caroline, who explore the history of technology in their music, and stand-up from the rising star of the San Francisco comedy circuit Francesca Fiorentini.

Nikki will be hearing about how the technology developed in the Bay Area influences culture globally and how the influx of tech giants to the area has changed San Francisco for artists.

Local author and tech-sceptic Dave Eggers explains how he feels opinion about the tech giants has changed since he wrote his 2013 dystopian novel The Circle about a powerful and sinister internet company.

Shakirah Bourne on her film A Caribbean Dream