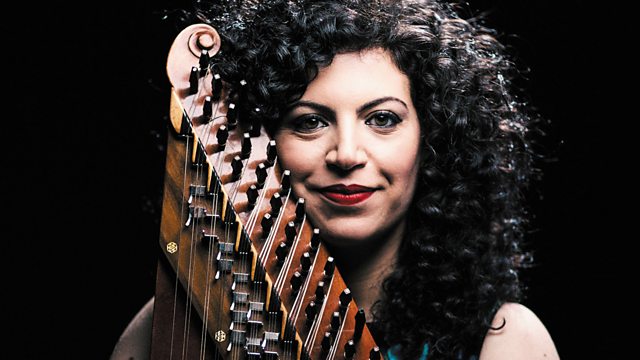 Maya Youssef will be talking about her instrument which has been widely played in the Middle East for centuries, but very rarely by a woman.

On this week’s Arts Hour Nikki Bedi will be joined in the studio by Qanun player Maya Youssef and film critic Angie Errigo.

The Syrian Qanun player Maya Youssef will be talking about her instrument which has been widely played in the Middle East for centuries, but very rarely by a woman. She will also be performing for us the title track from her CD Syrian Dreams.

British actress Dame Helen Mirren explains why her profession attracts people who lack confidence and tend to hide behind a character.

Writer Nick Coleman on why some singing voices have the capacity to move us emotionally.

Eighties pop group Talking Heads leader David Byrne on why he will never do a nostalgia tour with the group.

The American conductor Marin Alsop on how she is bringing children into the concert hall in Baltimore USA.

The Pakistani writer Mohsin Hamid discusses the refugee crisis and ponders whether in the future we may be divided by creed, country of birth or even bank balance.