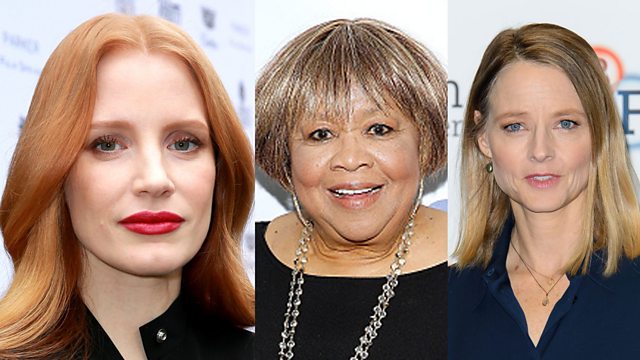 Oscar winning actress Jodie Foster talks about moving into directing and reveals the directors who've most influenced her.

The legendary American singer Mavis Staples reminisces about Martin Luther King Jr on whose sermons some of her songs are based.

Jamaican Poet Laureate Lorna Goodison on the writers who helped her through grief.

Canzoniere Grecanico Salentino perform and explain the origins of the Tarantella.