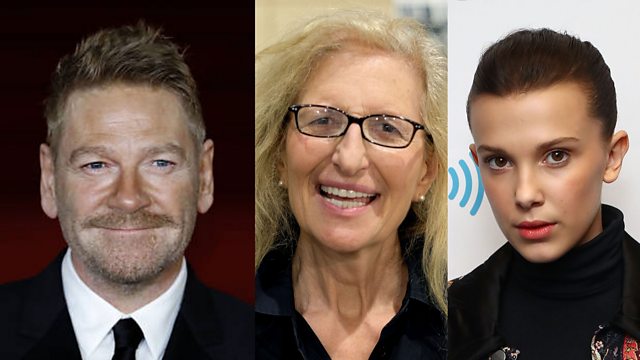 Kenneth Branagh talks about directing Agatha Christie’s classic detective tale Murder on the Orient Express, and cultivating an impressive moustache to star in it.

Also on the programme: Tokini Peterside, the founder of Art X Lagos, which is the first international art fair in West Africa, and American film critic MaryAnn Johanson.

Hollywood actor Vince Vaughn explains why his new role as a hardened criminal in prison drama Brawl in Cell Block 99 is a departure from the romantic-comedy's he is known for.

Brazilian musician Mônica Vasconcelos talks about compiling a collection of songs written during Brazil’s dictatorship and, as revelations about sexual abuse in Hollywood continue to emerge, Nollywood actresses Lydia Forson and Kate Henshaw talk about their experiences in Nollywood, the Nigerian film industry.

Actress Natalie Dormer, and Bjork on Her New Album

Nikki Bedi is joined by Tokini Peterside, the founder of Art X Lagos, which is the first international art fair in West Africa