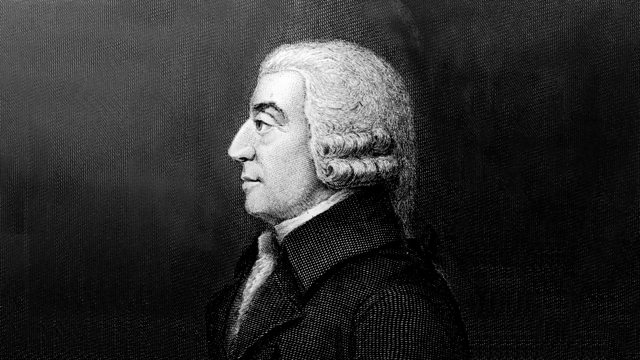 Adam Smith’s 18th century book ‘The Wealth of Nations’ was crucial to the foundation of modern economic theories but according to our guests has been widely misinterpreted.

Adam Smith, a moral philosopher and economist, was born in Scotland, the son of a customs officer. In 1776 he published a book called 'An Inquiry into the Nature and Causes of the Wealth of Nations’. Smith basically argued against the over regulation of commerce and said if people were set free to better themselves, it would produce economic prosperity for all. To discuss his work and legacy are Emeritus Professor of Philosophy and Intellectual History Vivienne Brown, the UK Labour Party peer and economist Lord Meghnad Jagdishchandra Desai, Professor of History Fania Oz-Salzberger and Emeritus Professor of Political Theory Christopher Berry.

Photo: An illustration of Adam Smith, circa 1765. (Hulton Archive/Getty Images)