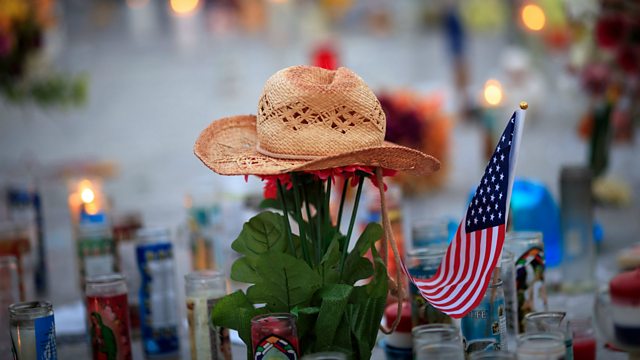 The US Country Singer Calling for Tighter Gun Controls

As the gun control debate continues to divide the United States we meet Will Hoge, the country music star who believes it's time for more than “thoughts and prayers” when it comes to discussing gun violence.

Following the resignation of Jacob Zuma, we speak to two artists, Ayanda Mabulu and Jonathan Shapiro, who have courted controversy with their artistic depictions of South Africa’s former president.

The Venezuelan rock band ViniloVersus talk about how they tackle the current political crisis in their nation through music.

Plus the comedian Hasan Mihnaj shares his memories of a special moment from former host of The Daily Show, Jon Stewart, that changed his outlook on the role of comedy and satire in society.

She Who Dares: Feminist Artists