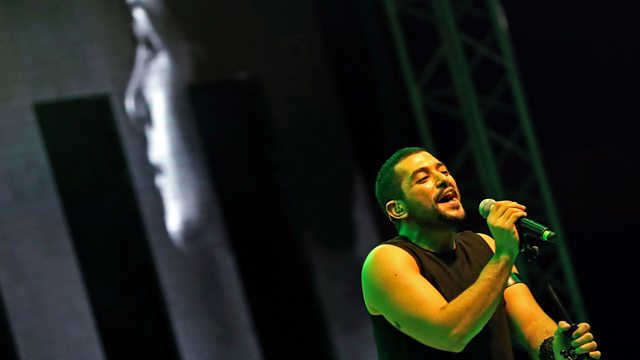 Stories of artists tackling environmental and social issues through their work.

This week on The Cultural Frontline, we meet Hamed Sinno, the lead singer of Mashrou Leila, the Lebanese band whose socially conscious rock songs have shaken up the Middle East.

Two survivors of Cambodia’s deadly Khmer Rouge regime, the musician Him Sophy and the film maker Rithy Panh, describe how they created the epic stage production Bangsokol: A Requiem for Cambodia, as an act of memory and peace for their country's dead.

Plus we’ll find out why the sculptor, Gilles Cenazandotti and the furniture designer, Brodie Neill have been inspired to create new works of art from the plastic pollution in our oceans and we hear how one Swiss university has decided to start a degree course in yodelling .

The Day that Divides Australia

Kenya's TV Shutdown: What Comes Next?