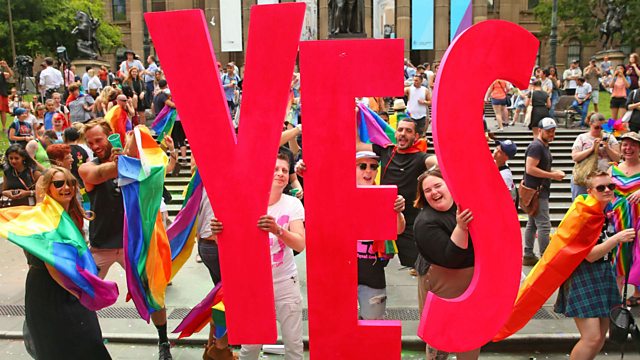 Australian artists speak out in the name of love. We join comedians, cabaret singers and Priscilla Queen of the Desert star Tony Sheldon as they reflect on their country's historic vote in favour of same sex marriage.

The comedian Ronny Chieng reveals what life was like joining the hit comedy news programme, The Daily Show just as the United States was preparing for one of the most momentous elections in its history.

Plus the author JJ Bola takes us back to his childhood home and tells us why, as a refugee, he always felt like one of the bad guys from the movies.