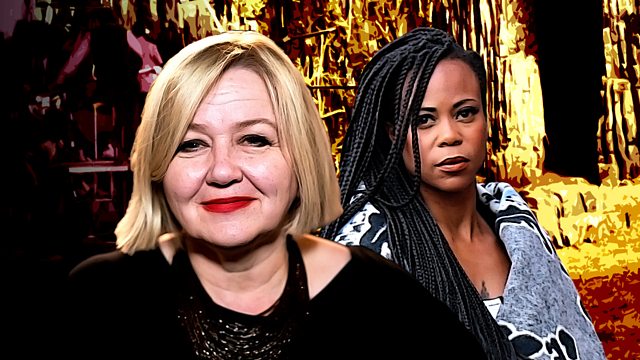 Two of the film industry's most influential production designers talk to Kim Chakanetsa about sexism, big budgets and having an eye for detail.

Two women who shape the look of a film, from sets to props to locations - and have huge influence on our screens. But despite their success, this is still a field dominated by men.

Hannah Beachler has translated the African fantasy world of Wakanda onto the big screen in the much-anticipated new superhero movie, Black Panther. She is also the creative force behind the look of the Oscar-winning film Moonlight, and she has won awards for her work on Beyonce's visual album Lemonade. Hannah says sexism on set was so rife when she started out that she de-feminised her appearance, to avoid unwanted attention. Now she's in charge of her department however, she simply doesn't stand for any bad behaviour from anyone.

Sarah Greenwood has been nominated for two Academy Awards in 2018 for her work on the box office smash hits The Darkest Hour and Beauty and the Beast. Sarah is considered one of the UK's top production designers and she specialises in films set in the past, including Pride and Prejudice and Atonement. Having been Oscar nominated six times in her career, she says she now has the luxury of being able to make choices, and only work with people she admires.