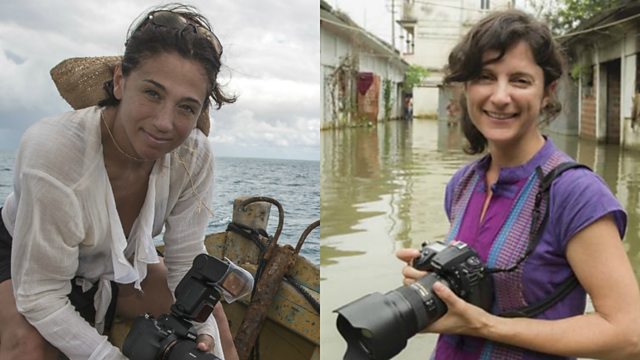 Women Behind the Lens

Two female photographers who tackle conflict and climate change discuss why there are so few women in the field, and why it is vital to include their viewpoint.

Two award-winning photographers on the importance of having women behind the lens. They tell Kim Chakanetsa what drives them, the challenges they face in the field and how they justify the amount of travel they do in the name of reversing climate change.

Cristina Mittermeier is a Mexican photographer who grew up alongside indigenous Mexican tribes, and witnessed their struggle to maintain their way of life. As a teenager, she began to worry about the impact that overpopulation was having on the environment. She started out her career as a marine biologist, before deciding that her photos rather than her scientific journals could have more impact on the world.

Ami Vitale is an American photojournalist who won a World Press Photo 2017 award for her series about Chinese panda breeding programmes. As a National Geographic photographer she has travelled to more than 90 countries around the world, and her work focusses on the conflict that often arises between humans and their environment. She is based in Montana, USA.

Women on the Board

See all clips from Women Behind the Lens (3)