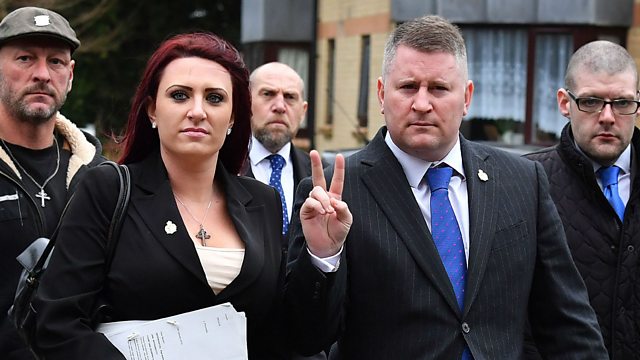 Facebook bans the group Britain First from its platform for repeatedly breaching its community standards. Presented by Rory Cellan-Jones.

Their videos were shared by Donald Trump, but now Facebook bans the group Britain First. Plus, Google says it will no longer carry ads promoting cryptocurrencies. How much of a blow is it to a buzzing sector? We ask Zeeshan Feroz, UK chief executive of the Coinbase exchange. And our special guest Tugce Bulut, founder of Streetbees, tells us why her company pays people in developing countries to show it how they go about their daily lives.