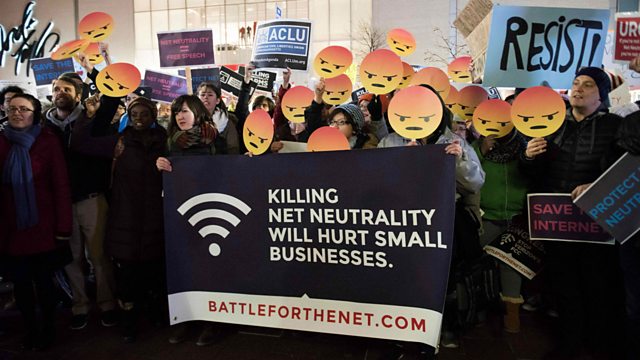 The "father of the Web" Sir Tim Berners-Lee says people must go on fighting for the principle of net neutrality.

The "father of the Web" Sir Tim Berners-Lee says people should protest on the streets for the principle of net neutrality, in which all internet traffic is treated equally. Plus, after another embarrassing incident in which YouTube placed adverts next to controversial videos, are advertisers closer to losing patience with Google? We ask Johnny Hornby, founding partner of The&Partnership agency. And, we ask the businessman and investor Sunil Wadhwani why he wants to use artificial intelligence to tackle India's social problems. Presented by Rory Cellan-Jones, with BBC tech reporter Jane Wakefield, and special guest Kayleigh Bateman, head of digital content at the WeAreTheCity website.