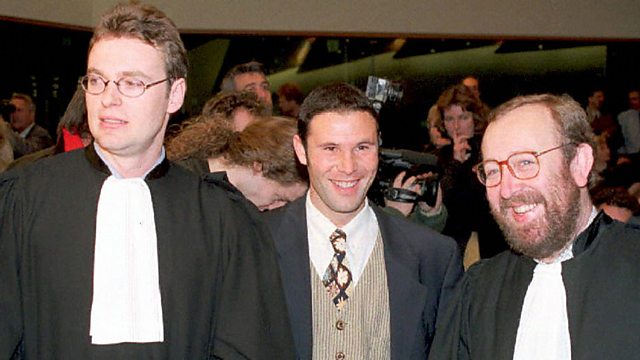 How a journeyman Belgian footballer won a court ruling that transformed the transfer market.

In December 1995, the journeyman Belgian midfielder, Jean-Marc Bosman won a European court ruling that transformed his sport. The European Court of Justice declared that players had the right to negotiate transfers when their contracts expired, and ended limits on the number of European footballers per club. The ruling created the modern transfer market and fuelled the power of players – but ruined the career of Bosman himself. He talks to Ashley Byrne.

Lopez Lomong - From "Lost Boy" To The Olympics