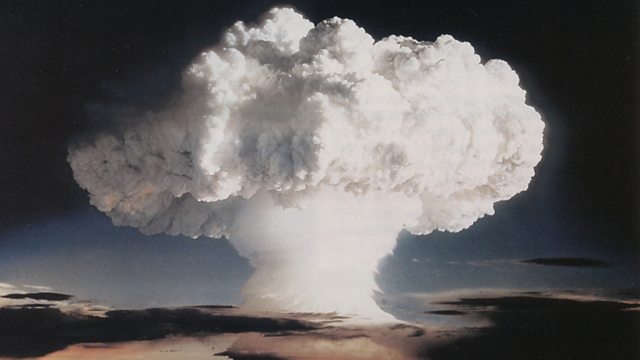 Nuclear Fallout in the Pacific

In the 1940s and 1950s, the US conducted 66 nuclear weapons tests at the Bikini and Enewetak Atolls in the Pacific. Before the first bomb was dropped in July 1946, U.S. Navy officials persuaded 167 residents of the Atolls to be evacuated to another island “for the good of mankind”. Now a lingering remnant of this history is the Runit Dome that houses radioactive debris left over from the weapons tests. Activists are adamant that it is the source of radiation that is polluting the ocean that surrounds them. So far it is set up as a political and social issue, but what does the science tell us about what’s happening in this area?

Peregrine Falcon Hunting Behaviour and Drone-Hunting Drones
By analysing how a peregrine falcon chases its prey in flight, scientists have discovered that they track their prey in the same way as tracking missiles lock on to their target. This clever way of hunting on the wing is now being copied and applied to drone technology, as a way of making drone-hunting drones to try and thwart the growing number of crimes committed by these flying machines.

Mongoose Gangs Welcome Immigrants
Mongoose packs have been observed to be very socially inclusive to incomers. When feeding, a mob of mongooses rely on one or two individuals who act as a lookout. The lookouts signal when a predator or threat is near. By studying how much the mob trusts the lookout, researchers can tell how accepted that animal is to the group. When the lookout is a newcomer, it takes just 5 short months for the individual animal to be totally accepted.

Moumita Dutta at the Indian Space Research Organisation
Moumita Dutta chats to Bobbie Lakhera about how she became a space scientists, and how she and other women working on the Chandrayaan spacecraft are inspiring the next generation of Indian female space scientists.

(Photo: Ivy Mike was the codename given to the first test of a full-scale hydrogen bomb. It was detonated on 1 November 1952 by the US on the island of Elugelab, Enewetak Atoll, Pacific Ocean. Credit: The Official CTBTO Photostream)