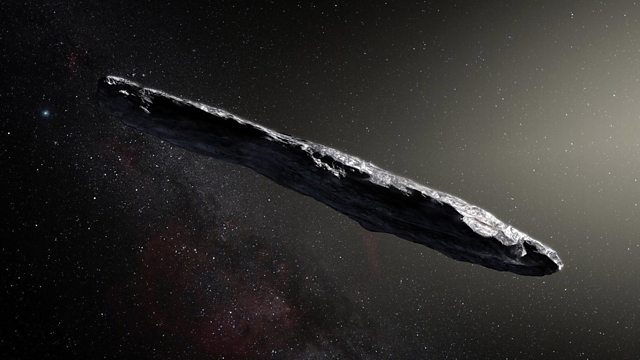 Cheaper lighting has led to increases in the artificially lit night, radioactive lightning and electricity from jelly

Why is the interstellar asteroid ‘Oumuamua’ such a strange shape? At 10 times longer than it is wide, the space rock is one of the most elongated cosmic objects known to science. It’s also the first asteroid visitor form outside our Solar System.

Earth is Losing its Night
The news that individual households, towns and cities are switching to LED lights in order to save energy should be good news. But a new study has shown that the artificially lit surface of Earth at night increased in radiance and extent over the past 4 years by 2% annually. The concern is that any savings, using low energy LED lighting, might be lost if their neighbours install new or brighter lamps. Scientists fear that this ‘rebound effect’ might partially or totally cancel out the savings of individual lighting retrofit projects.

Radioactive Lightning
Flashes of lightning can spark natural nuclear reactions in the atmosphere over our heads. It might sound dangerous, but the fact it happens tells scientists just how extreme conditions can get when lightning strikes.

Electricity from Jelly
Scientists are exploring new materials as a substitute for expensive platinum catalysts in fuel cells. One promising compound is called iron carbide, which is abundant, naturally occurring and cheap. They use the Diamond Light Source, a synchrotron that acts like a giant microscope to help them understand what iron carbide looks like, at the atomic scale, and also its catalytic behaviour. In order to get the most surface area for reactions, they need to reduce the compound to nanoparticles. To do this they combine it with jelly, heat it to 700°C and make a cinder toffee-like substance.