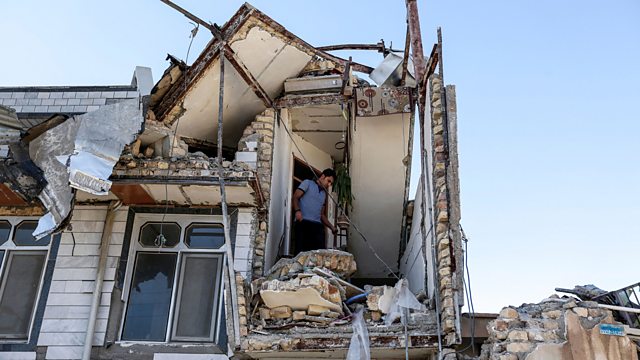 Natural variations in the length of the day may influence the likelihood of strong earthquakes happening. The speed of the Earth's rotation can be changed by events in the core, or changes in ocean currents, so that the day grows or shrinks by just a thousandth of a second. But geologists have seen that years with longer days can also have several more strong earthquakes, and we're entering such a phase just now. One explanation they propose is that stress changes due to the speed variations might be enough to push vulnerable faults beyond their limit.

Unlocking The Secrets of Okinawa Pottery
Okinawa in Japan is famous for its unique, colourful pottery. The secret recipes for the clay, glazes and colours have never been written down. Instead they were passed on by word of mouth from Master to student. Much of the knowledge of the old craft was lost when Okinawa was heavily bombarded during World War 2. Now scientists at the Okinawa Institute of Science and Technology Graduate University (OIST) have teamed up with Kitagama, a pottery collective, to investigate traditional Okinawa pieces using high tech X rays and electron microscopes to always the precise composition of the clay mixes and glazes.

Gene drives and Conservation
Gene drives change the rules of normal inheritance. They greatly increase the odds of genes being passed to the next generation. They can be naturally occurring, but the phenomenon can be modified and utilized in the laboratory. It’s a complicated process, but by combining it with the precise gene editing tool CrispR, the suggestion is that gene drives can be used to introduce things like infertility into invasive species, which rapidly gets passed on to future generations of pests like rats or disease-carrying mosquitoes, to try and control them. But new thinking on the process urges extreme caution.

Artificial Poo
Roland Pease rolls his sleeves up and delves into the world of fake faeces. This is all part of a project to try and help reduce the 750,000 child deaths from poor sanitation.

Picture: An Iranian man looks through the damaged stairwell of a building in the town of Sarpol-e Zahab in Iran, following a 7.3-magnitude earthquake on 14th November 2017, Credit: Atta Kenare/AFP/Getty Images