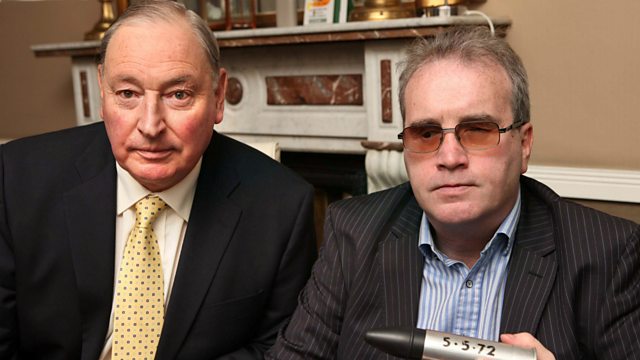 Befriending the Soldier Who Blinded Me

Richard Moore was a schoolboy during the Troubles in Northern Ireland. He got shot and lost his eyesight. We hear what happened when he met the British soldier who shot him.

Richard Moore was 10 when he was blinded by a rubber bullet in Northern Ireland. Charles Innes is the British soldier who shot him in 1972 during the Troubles. Today they are friends.

Annie Spence takes us into her library in Michigan where she writes love letters to her favourite literary characters. She has compiled these letters into a book called 'Dear Fahrenheit 451'.

Reality TV star Gulabo Sapera danced with snakes as a child, before embarking on a career on stage with her own dance style. She'd had a difficult upbringing as a member of a nomadic snake charming community, and had survived being buried alive at birth.

The Boy I Killed ‘Became a Part of Me’