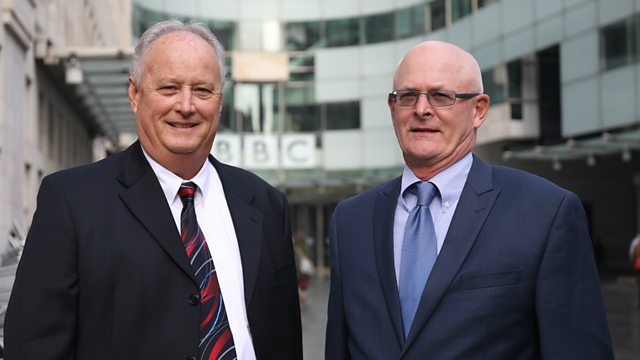 We Sailed Through a Wall of Fire

Captains Michael McGee and Michael Phillips prevented a tragedy on a tanker in Houston harbour, Texas.

Captains Michael McGee and Michael Phillips prevented a tragedy on a tanker in Houston harbour, Texas. What the two harbour pilots did that night has earned them the International Maritime Organisation's award for Exceptional Bravery at Sea.

Eduardo Llerenas is a Mexican biochemist and musicologist who became obsessed with travelling to remote parts of his homeland and recording folk music. He has launched the careers of many traditional artists from Latin America - the famous Buena Vista Social Club may not have come into being had it not been for him. Outlook's Clayton Conn went to meet him.

Toby Sells trained as a dental lab technician and it was his knowledge of the human body that helped him when he became a make up artist for Hollywood horror movies.

If you visited the Faroe Islands recently, you may have seen some sheep with small cameras strapped to their backs. This is Sheep View - an innovative way of mapping the islands invented by Guðrið Højgaard and a team of locals.

The Mute Teen who Became a Rapper

Pulling a Tooth at Gunpoint