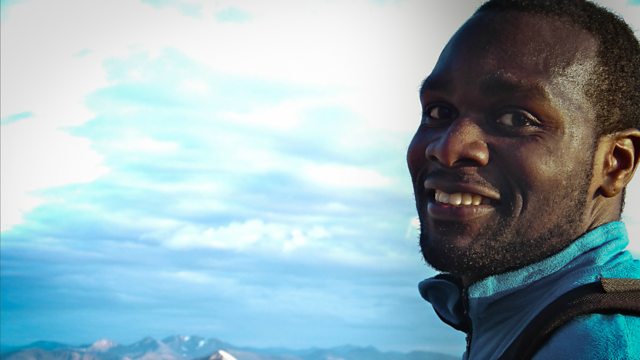 The Arctic Explorer Who Hates the Cold

Dwayne Fields is a Jamaican-born British explorer who became the first black man in more than 100 years to walk to the North Pole. Growing up in London, he was inspired to go to the Arctic after surviving nearly being shot and a knife attack.

Vicki McKay is a New Zealand news reader known as "Mama Quake". She's been broadcasting live during a number of earthquakes, but is known for her calm on-air delivery.

Romy McCloskey is an American costume designer and butterfly enthusiast whose embroidery skills came in handy when one of her beloved butterflies suffered a broken wing.

Ifrah Mohammed has been a traffic conductor in Mogadishu, Somalia for the last 10 years. She tells Matthew Bannister about facing militant attacks, roadside bombs and personal threats from al-Shabab.