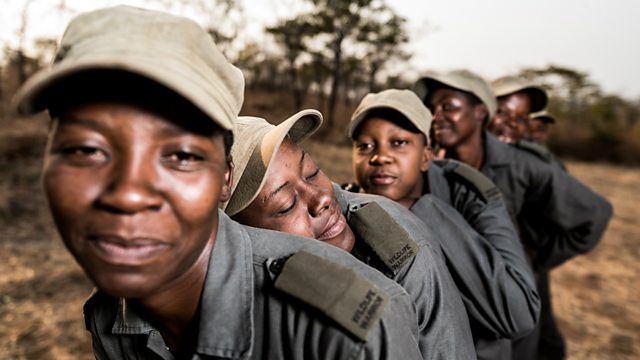 Zimbabwe's all-female, vegan, anti-poaching team and the former Australian sniper who's leading them.

We meet Margaret Darawanda and Nyaradzo Hoto from the all-female anti-poaching team facing tough challenges in the bush in Zimbabwe. The squad is called 'Akashinga' which means 'the brave ones' and are trained by a former Australian special forces sniper called Damien Mander.

We head to the football pitch to see the amazing keepy-uppies and skills of amputee football star Jamie Tregaskiss.

British physicist Libby Jackson tells Outlook how she achieved her childhood dream of work working in mission control. She's written a book called: "A Galaxy of Her Own - Amazing Stories of Women in Space", which is illustrated by students from the London College of Communication.

And Outlook's Dany Mitzman takes us to one of Italy's most famous barber shops in Milan. It's traditionally run by men, but we meet female barber Francesca Bompiera who is cutting hair unconventionally, with a flame.