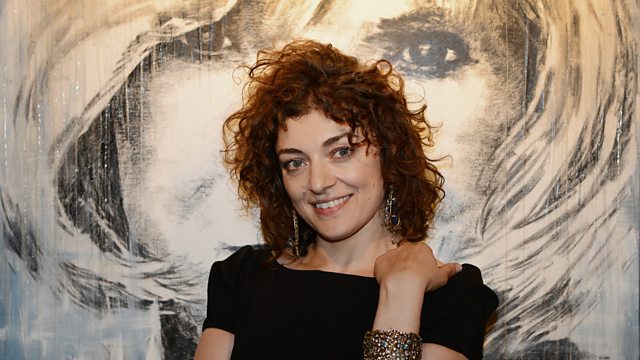 From Volleyball Star to Peace Artist

Nahid Shahalimi was born in Afghanistan but ended up in Canada where she became a beach volleyball player. She is now an artist who uses her work to campaign for tolerance.

Nahid Shahalimi's life has taken many unusual twists and turns. She's now a high profile peace activist and artist based in Germany, but she was born and spent her early childhood in Kabul where her father was a prominent politician and advisor to the last king of Afghanistan. She tells Matthew Bannister about the extraordinary journey she and her family had to take when they fled Afghanistan.

Fernando Lozano is a high altitude diver from Mexico. He searches out bodies of water in high places where he can scuba dive. It's a dangerous activity which has taken Fernando to the tops of mountains and inside volcanic crater lakes. Reporter Clayton Conn has been to find out more.

Menashe Lustig grew up in a strict orthodox Jewish community on the outskirts of New York City. The small village he comes from is called New Square, its residents are Hasidic Jewish families who live a very different life to those in the surrounding area. They speak in Yiddish, not English, and dress in long, black clothes and hats. Watching films is not encouraged, but Menashe found a way to do so and he's now had a film made about his own life. He tells Matthew Bannister how it came about.

Image and credit: Nahid Shahalimi in front of her artwork

Imprisoned in Kenya with My Baby

Outlook Weekend: Doubt and Other Cures