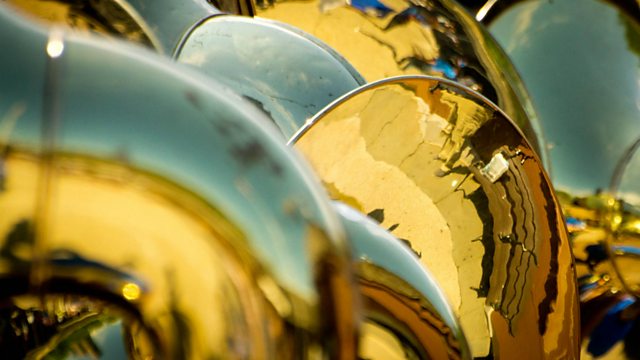 How Brass Conquered the World

Brass bands were originally conceived during the Industrial Revolution in Great Britain to prevent workers becoming preoccupied with politics during leisure time.

Brass bands were originally conceived during the Industrial Revolution in Great Britain to prevent workers becoming preoccupied with politics during leisure time. Stephen Tompkinson, famous for his part in the classic British film Brassed Off in the 1990s, examines the origins of brass bands and looks at how they evolved and developed in different parts of the world.

By 1860 there were estimated to be around 750 brass bands in England alone. The brass band tradition eventually caught on in Canada, Australia, New Zealand, parts of America and countries in Northern Europe such as Holland, Belgium and Norway. Meanwhile, separate but connected traditions emerged in places like New Orleans where brass is used to create a distinctive jazz sound.

How Brass Conquered the World also looks at how brass band music has seeped into wider musical tastes. The genre is often featured in TV themes and film scores while popular classical pieces like Rodrigo’s Concierto De Aranjuez are regularly played by brass bands.

With music from one of the world's oldest brass bands, the Stalybridge Old Band (formed in 1809) who play a rendition of the First World War marching tune It's a Long Way to Tipperary (which was written in the English town in 1912), and music from the world famous Grimethorpe Colliery Band who provided the inspiration for the film Brassed Off.

Symphony of the Stones