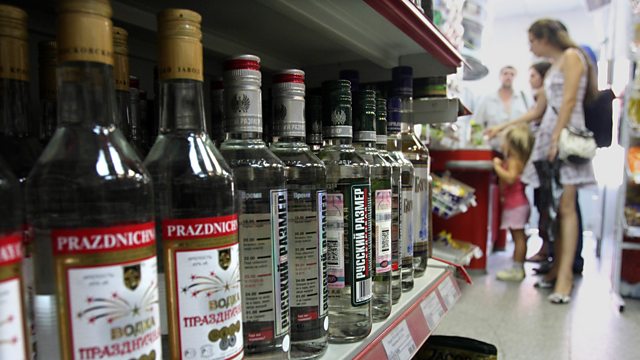 Russia: Has drinking fallen by 80% in five years?

Alcohol consumption has fallen sharply according to Russia’s health ministry- we take a look at the figures.

There’s a stereotype of Russia as a nation of vodka-swilling hard drinkers – but is that idea out of date? The Russian health minister told a conference recently that the country’s alcohol consumption there has dropped by 80% in just five years. Can that be true? The BBC Russian Service’s Georgy Neyaskin has been trying to track down the source of the figures.

(image: People stand next to a shelf with strong drinks in a food store in Moscow. Photo credit Andrey Smirnov/Getty Images)

Debunking guide – on a postcard