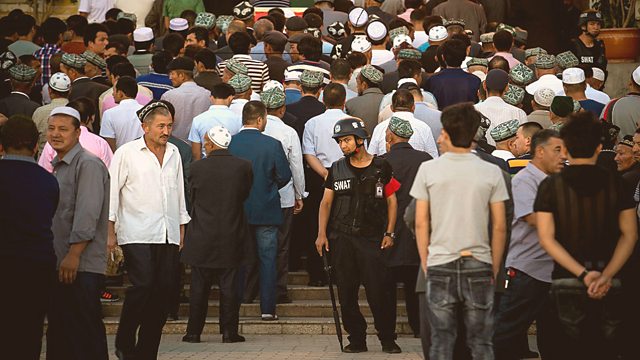 The obstacles to reporting on (and in) China's Xinjiang region; the Colombian rebels in no hurry to negotiate; Cape Town's water crisis; and how to make French grammar less sexist

Pascale Harter introduces reportage, analysis and wit from correspondents around the world.

The Xinjiang region of western China is notoriously tightly-controlled - as Beijing cracks down repeatedly on any trace of religious fundamentalism, regional separatism, or ethnic Uighur chauvinism. John Sudworth recently made the long journey there to try and uncover what's really going on - but found that "news management" in this autonomous region is done with a heavy hand - at the behest of central government.

While Colombia, and the outside world, have welcomed a recent ceasefire signed with the Marxist guerrilla group the FARC, not all of the country's armed movements have agreed to lay down their arms. Mathew Charles travelled into the jungle to meet some of the combatants of the ELN, and heard how they're still wedded to socialist theory - and possibly to the armed struggle too.

As "Day Zero" - the deadline for piped water running out - approaches in Cape Town, its people are queueing up to collect supplies from standpipes. The water crisis has attracted international attention, but Pumza Fihlani argues that for plenty of other South Africans this is already a way of life.

And Joanna Robertson explores some of the myriad intricacies of French grammar and gender. While central government works on a number of measures to fight sexism in public life, are sex differences so embedded in France's language and mindset that they're unreformable? Grammarians, historians, teachers and lawyers would all like to have their say.