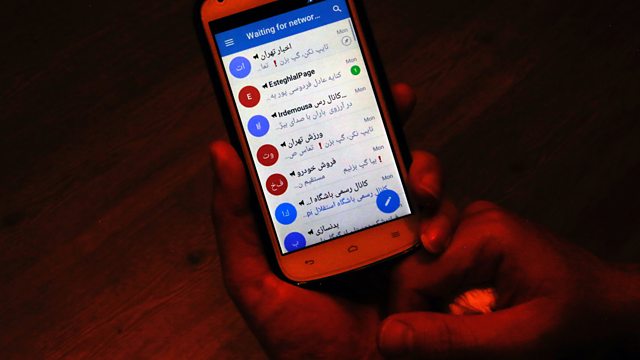 During protests in Iran, the authorities launched a crackdown on internet use, blocking Instagram and other social networks. Click talks to Mahsa Alimardani about censorship and surveillance in Iran.

Haven is a new app which aims to turn your phone into a security system. Jack Meegan reports on the free open source app for android phones that turns a phone into a personalised security device. The app has been developed with help from Edward Snowden.

Researchers from MIT have developed new depth sensors that could be sensitive enough for self-driving cars. Click talks to the lead researcher, Achuta Kadambi.

Listeners are increasingly streaming music for their enjoyment, yet there has also been a revival in vinyl records in recent years. Click ponders the direction of music streaming and music discovery in 2018 with Oisin Lunny.

(Photo caption: An Iranian man shows his social media page which does not work, in an office in Tehran – credit: EPA/Abedin Taherkenareh)