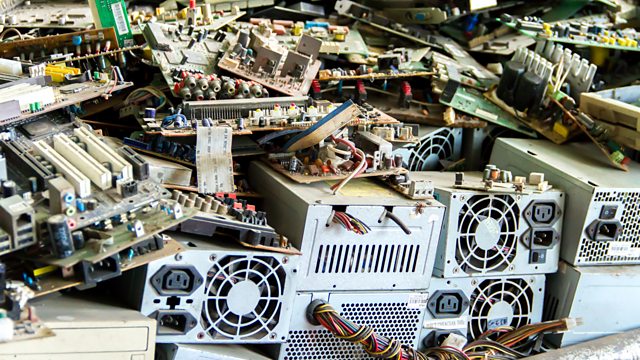 A new report on global e-waste, discarded products with a battery or plug, shows 44.7 million metric tonnes generated in 2016 - up 8% from 2014. Click talks to one of the report’s authors, Ruediger Kuehr, from the United Nations University.

With many Rohingya people crossing the border from Myanmar to Bangladesh, the camps at Cox’s Bazaar are becoming much bigger than they have ever been, with one million people expected to arrive by the end of the year. With limited access to the internet or mobile phones, Rohingya people are finding it hard to document the situation themselves. Click’s Lauren Hutchinson reports from Dhaka in Bangladesh.

MSF has been busy helping refugees and other displaced Rohingya in targeting disease and providing medicine and aid. Click talks to Sam Taylor from MSF about how the tech community can help.

Migrants often lose their phones along routes (which are confiscated at border crossings or by militias). Migrants will often share one communal phone which gets charged along the route. Fifty five percent of migrants interviewed in Libya reported having travelled with a personal mobile phone. Forty five percent of them had a smartphone. Click talks to Sonia Joly from the Danish Refugee Council.

Return to the Moon