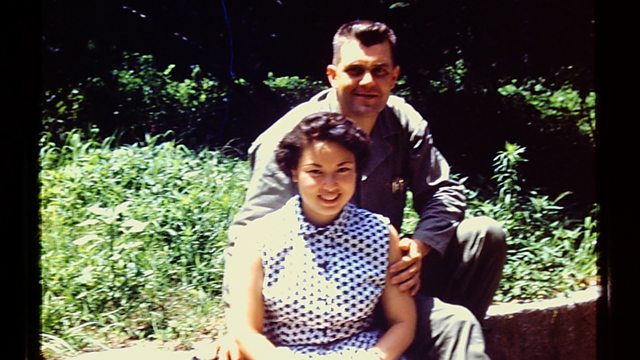 A love story that began at the outbreak of the Korean War.

For George Lampman and Lee Sook Ei it was love at first sight. Then, the Korean War broke out.

Also: A monastery in Missouri, about to close its doors, is saved by monks from Vietnam; Spanish speaking actors in Miami unionise to fight for better working conditions; doctors in the US get lessons from doctors in Cuba in how to reduce infant mortality; an amateur mathematician from Tennessee discovers the largest known prime number; plus we listen to Bjork and reminisce about unrequited crushes.
(Image: Lee Sook Ei and George Lampman met at the US embassy in Seoul. Credit: Courtesy of the Lampman family)