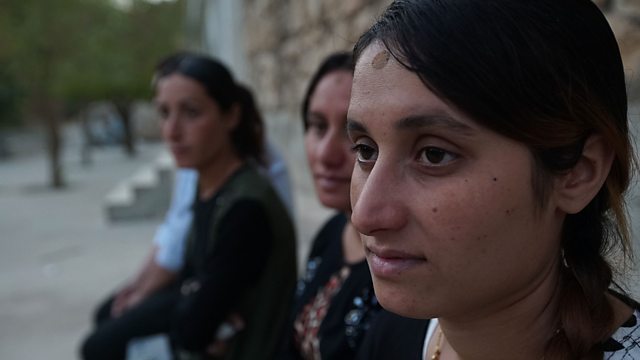 The Lost Children of ISIS

In Iraq, thousands of children held captive by so-called Islamic State are now being reunited with their families– but many are still missing.

As they retreat from Northern Iraq so-called Islamic State has left thousands of women and children behind. Some are the abandoned families of IS fighters, others are being held as prisoners or slaves. There are also boys who were forced to fight for IS. A desperate effort is now underway to reunite these women and children with the families they have been separated from – and to rehabilitate those whose minds have been stolen by the group.

Tim Whewell reports from Iraq on the children left behind by the fighters of Islamic state.

(Photo: Heifa, aged 19, has just escaped from more than three years as a slave of so-called Islamic State)