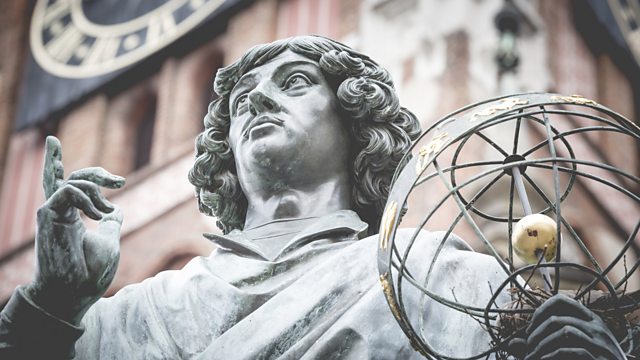 The Compass Stargazing
Episode 1 of 5

Dava Sobel uncovers the brilliance of 16th century Polish astronomer Nicolaus Copernicus, who revealed the Sun, not the Earth, was the centre of the Universe. Episode one of five.

Dava Sobel uncovers the brilliance of her hero, the 16th century Polish astronomer Nicolaus Copernicus, who revealed the true model of the universe by putting the Sun, rather than the Earth, at its hub. Episode one of five.

In the Cathedral town of Frombork on the Baltic Sea in Northern Poland, we hear how he served his entire career in the church and how he kept his astronomical findings a secret, fearful of being denounced by the Catholic Church. On his deathbed, he published his life’s work, "On the Revolutions of the Heavenly Spheres".

Stargazing: Astronomy from the Edge of the World—Stargazing