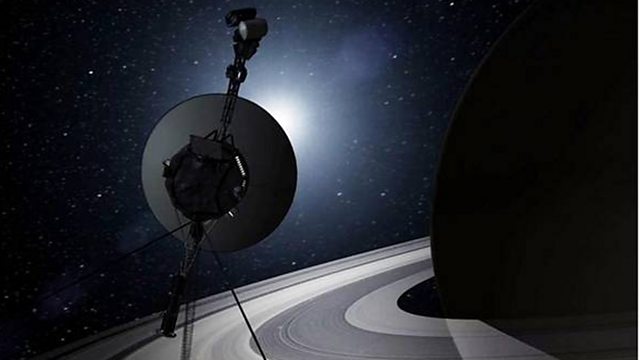 Space probes Voyager One and Two are still operating after 40 years in the depths of space.

Launched in 1977, the twin spacecrafts have explored the giant planets and their strange moons, investigated the boundary of the Solar System and changed how we see our place in the Universe. The probes even carry a message for aliens in the form of a golden record.

Retired Nasa astronaut Ron Garan meets many of the original team still working on the mission, nursing the twin spacecraft through their final years.

Photo: The Voyager 2 spacecraft passes by Saturn in 1981 Credit: Nasa

Venezuela - A Week In The Life Of A Country In Chaos