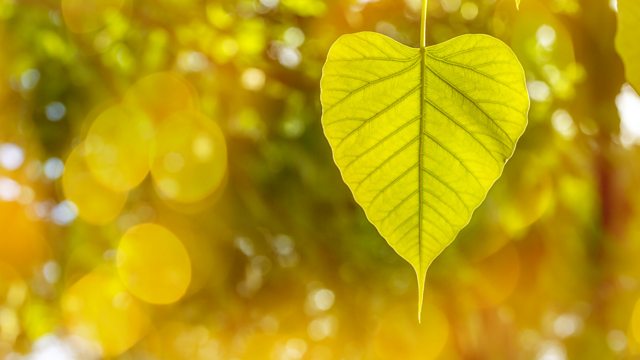 The Tree Spirits: The Bodhi Tree

Heart and Soul The Tree Spirits
Episode 1 of 2

Climate change and security concerns are threatening one of Buddhism's most sacred sites.

Climate change and security concerns are threatening one of Buddhism's most sacred sites. The Bodhi Tree, in northern India, is believed to be descended from the actual tree under which Buddha gained enlightenment, the tree came under attack from suspected Islamist terrorists in 2013. Several bombs exploded around the temple, and there are fears that security is not tight enough prevent a similar attack in the future. Hundreds of thousands of pilgrims visit from around the globe every year, but is their safety being looked after by the Indian authorities?

Anna Lewington tells the story of The Bodhi Tree. She asks if climate change is threatening this sacred site and discusses the place of trees in the spiritual life of India.

(Photo: Sunlight seen through the leaves of a Bodhi tree. Credit: Getty Images)