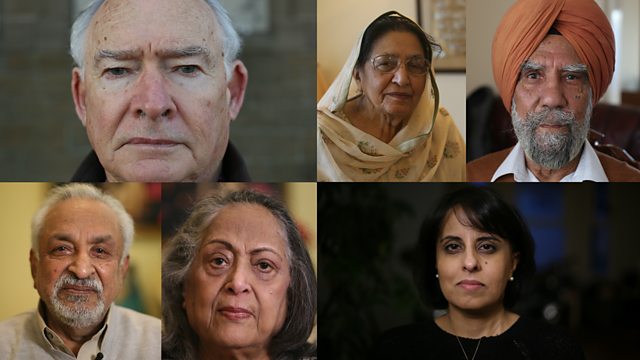 The Documentary Partition Voices
Episode 1 of 2

On its 70th anniversary, Kavita Puri hears the untold stories of those who witnessed India’s partition in 1947.

The years leading up to partition was a time in which many Muslims, Sikhs and Hindus recalled living together harmoniously. We hear about the calls for independence; the rising clamour for an independent Pakistan; the dread as communal rioting gripped ever more of the sub-continent; how the movement of people began prior to independence; and how independence day was marked on both sides of the border.

(Photo: Living under the shadow of division: Those telling their stories of British India’s violent partition speak with remarkable clarity about the tumultuous events. Credit: BBC)