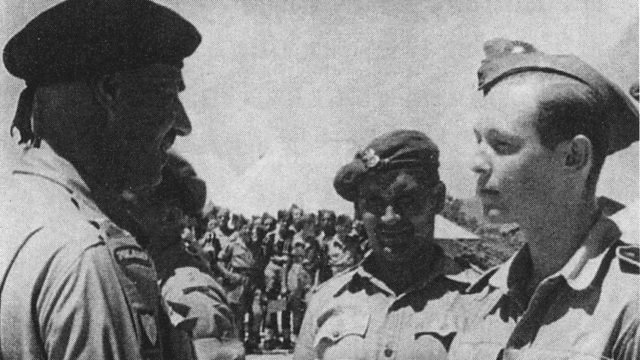 During World War II, many thousands of Polish men, women and children took their last and best chance to escape Soviet gulags.

By the summer of 1940, a quarter of a million Polish prisoners of war had already been sent to Soviet prison camps. More than a million civilians deemed undesirable by Stalin were packed aboard cattle trucks to the far east of the Soviet Union. Many died on the journey, many more would die in the harshest conditions, toiling, starving and freezing on collective farms or labour camps in Siberia, the Urals or Kazakhstan. But then unlikely salvation came with the opportunity to join Anders Army.

Formed in the aftermath of the Nazi invasion of the Soviet Union in June 1941, in a deal brokered between Churchill, Stalin and the Polish Government in exile, this was, on paper, to be an army formed of Poles now held on Soviet soil to help fight the Nazis. Stalin reluctantly released 390,000 Polish prisoners of war and their dependants. Less than half would finally make their way to freedom.

General Wladyslaw Anders, who had languished for two years in Moscow’s Lubyanka prison, fortunate not be shot along with 33,000 Polish officers at Katyn, took command. He remained insistent that as many women and children who could would join this new fighting force. Anders knew this was the last and best chance of escape for everyone.

What followed was a 9000-mile journey to freedom. Thousands died en route before crossing the Caspian Sea to safety in Iran. Orphans found new homes in Isfahan. Large numbers of Jewish Poles - including Menachem Begin, who became Israel's sixth prime minister - left to become part of the fledgling Zionist army in Palestine. Thousands more fought on as the Polish 2nd Corps in the crucial final battle of Monte Cassino in Italy in May 1944.

By the war’s end, General Anders had gathered 41,000 combatants and 74,000 civilians, and brought them to freedom. But for the majority there could be no return home to a Soviet-dominated Poland. The majority settled in Britain, others lived new lives as far apart as New Zealand, Kerala and Kenya.

Although this astonishing odyssey has changed the lives of two generations of Poles - and Poland itself - the story is not well known: suppressed in Communist Poland and barely told in the West.