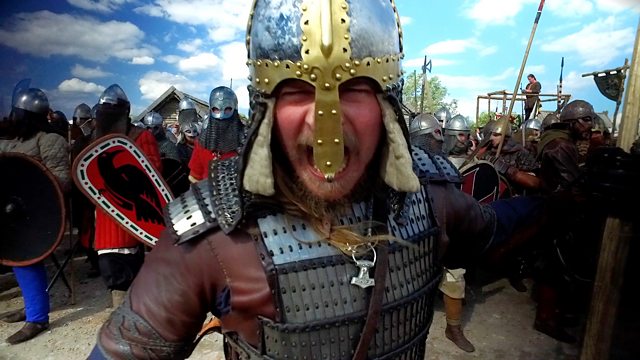 The Viking clubs where men scarred by violence can fight their demons.

It looks like the set of Game of Thrones. Once a year Wolin in Poland hosts a huge Viking festival - with a twist. Enthusiasts come from around the world not just to re-enact battles, but to win them, fighting competitively. One organiser of these battles has found that this Viking scene can offer positive benefits to men who have been defined by violence in their past, and are now looking for a way to escape.

Image: A modern Viking gets ready for a battle / Credit: BBC

How Cervical ‘Selfies’ are Fighting Cancer in The Gambia

How Iceland is Fighting the Gender Pay Gap