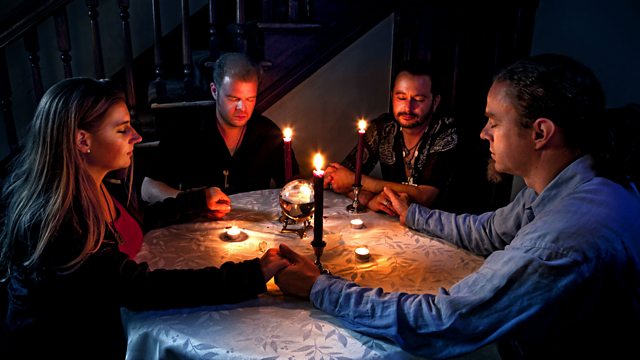 Is There Proof of Life After Death?

Is there any scientific proof of an afterlife? CrowdScience returns to the subject by examining out-of-body experiences and meeting a woman who is alive and dead at the same time.

Is there any scientific proof of an afterlife? Six months ago, CrowdScience tackled a question from a listener who wanted to know whether there was life after death. But following more listener emails, presenter Marnie Chesterton returns to the subject to investigate the world of ghosts, souls and parapsychology. She meets Professor Susan Blackmore, who studies out-of-body experiences and has spent decades hunting for scientific proof of life after death. And she visits the woman who, despite dying in the 1950s, is alive and thriving on a cellular level and helping scientists find cures for cancer, Parkinson’s and other diseases, in laboratories across the world …

Produced and Presented by Marnie Chesterton

(Image: Four people sitting around a table having a Seance. Credit: Getty Images)

Can We Worm Our Way Into Better Health?

How Can We Fight Unwanted Noise?