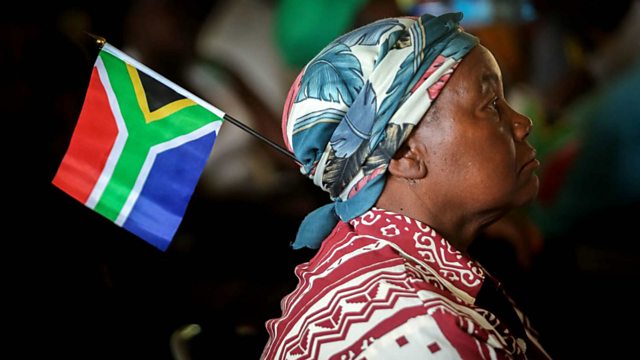 BBC World Questions comes to South Africa at a crucial time in the country's history. They debate corruption, black empowerment and the future of President Jacob Zuma.

Opposition parties have pushed for a vote of no confidence in President Jacob Zuma, and later in the year, the ANC will vote on who will replace him as party leader. While President Zuma may have narrowly survived this week - South Africa's political future is far from settled.

BBC presenter Nancy Kacungira is joined by a panel of leading politicians and a lively audience in Johannesburg to discuss the major issues facing South Africans today - social and economic transformation, black economic empowerment, corruption, land redistribution, and of course, the future leader of the ANC.

Our panel comprises of Sihle Zikalala of the ANC, Leigh-Ann Mathys of the opposition party, the Economic Freedom Fighters, Adam Habib vice chancellor of Wits University and Sipho Pityana, leading businessman and convenor of the Save South Africa campaign.

BBC World Questions is a series of international events created with the British Council.

See all clips from Johannesburg (4)