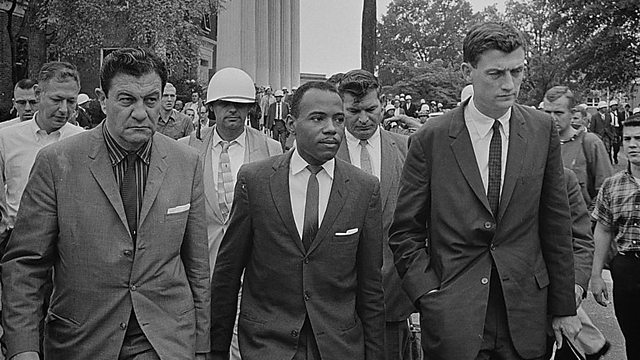 In 1962 civil rights history was made when the first black American was enrolled at the University of Mississippi in the American south amid riots in which two people died.

There were riots when the first black student was enrolled at the University of Mississippi in the American south in October 1962. Mississippi's white segregationist governor only allowed James Meredith to be admitted after President John F Kennedy himself intervened. Louise Hidalgo has been talking to Norma Watkins, the daughter of the governor's lawyer, about that watershed moment and about growing up in one of America's most segregated states.