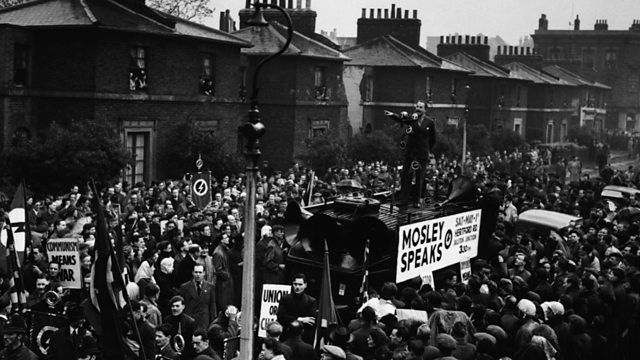 How British Jewish ex-servicemen formed "the 43 Group" to fight a resurgent fascist movement on the streets of post-war Britain in the late 1940s.

How British Jewish ex-servicemen and volunteers came together to form The 43 Group to fight a resurgent British fascist movement on the streets of post-war Britain. Fascist leaders, like Sir Oswald Mosley, had been released from detention at the end of the World War Two. Soon they were holding meetings in London and around the country, often espousing the same violently anti-Semitic rhetoric used before the war.

In response the 43 Group was formed in the late 1940s to gain intelligence on the fascist movement, expose their activities and physically break up their meetings. Its activities became a model for future militant anti-fascist groups. Alex Last has been speaking to 43 Group veteran, Jules Konopinksi.

The Mysterious Death of Samora Machel