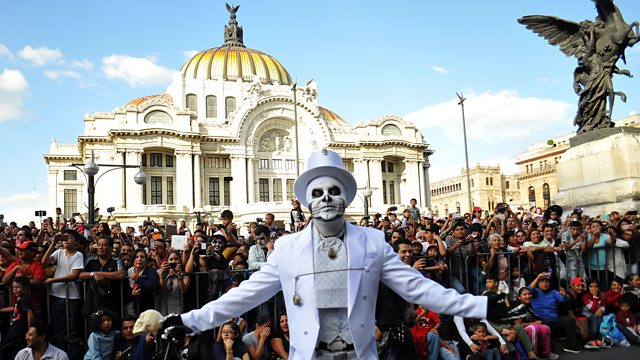 On Tour in Mexico City

The Arts Hour on Tour is in Mexico City to see how arts and artists are involved in the country’s recovery from recent major earthquakes and to discuss the cultural response to Donald Trump’s proposed wall, Narco culture and violence in the city. Presenter Nikki Bedi is on stage, in front of a live audience, with writer and broadcaster Gabriela Warkentin and film producer Martha Sosa. There’s live satire from political comedian Chumel Torres, known as the man who changed the way Mexico watches the news, and live music from Mexico City’s legendary band, Los de Abajo and singer Jenny Beaujean.