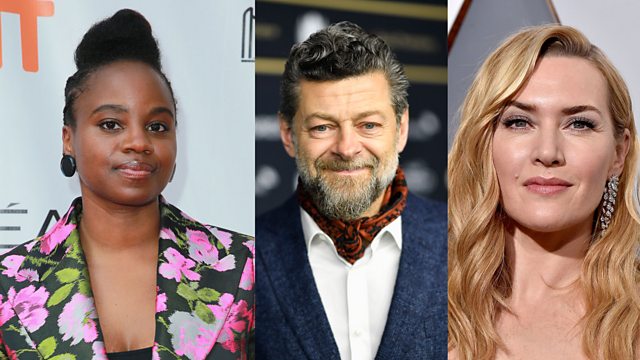 Her guests who are in London especially for the festival are:
Award-winning Nashville-born writer-director Dee Rees, whose movie Mudbound, a racial drama set in the Deep South in the 1940s is already generating Oscar buzz;
Zambian born, Welsh raised director Rungano Nyoni whose film I Am Not A Witch is a dark satirical fairy tale set in Zambia about a little girl accused of witchcraft;
Film critic MaryAnn Johanson.

Also in the programme:

Swedish filmmaker and director of The Snowman Tomas Alfredson explains the difference between Swedes and Norwegians.

Music included in this episode is from the following film soundtracks:

Breathe; Robin's Drive and Funding the Chairs by Nitin Sawhney
Mudbound; Glory, Glory by Odetta and Credits by Tamar-Kali Brown
I Am Not A Witch; The Four Seasons, Winter by Antonio Vivaldi
Loving Vincent; Starry Starry Night by Don McLean performed by Lianne La Havas
The Battle of the Sexes; Radio Interview by Nicholas Britell
Extracts from Moonlight, The Big Short, Gimme the Loot, A Tale of Love and Darkness; all by Nicholas Britell

On Tour in Mexico City